Úvod About us Departments Forest ecology The FORSOIL Project

This is the NAAR’s project No. QI112A168 entitled “Forest soils as a determining factor for the forest health, biodiversity and the for forest production as well as for non-productive functions of the forest” with its implementation period from 2011 to 2014.
Involved in the project were experts from the Forestry and Game Management Research Institute, the Czech Geological Survey, the Czech Hydrometeorological Institute and the Ekotoxa Company and the Military Forests and Farms, a State Enterprise.

The aim of the project was to bring up practically applicable results for forestry in the Czech Republic – map outputs including updates of critical loads, the evaluation of empirical loads based on the evaluation of vegetation relevés and other parameters, the requisite methodology for the assessment of ground vegetation, comparing the current state of the forest soils with the assumptions of the typological system and more.

THE MAIN FINDINGS INCLUDE:

Changes to the chemical properties of forest soils

The increasing representation of the nitrophilous species

Another finding is the fact that at several dozens regularly monitored areas during the past 17 years an increase occurred in the representation of the nitrophilous species, and that these findings also correspond with the increase in the volume of the concentration of nitrogen in the forest soils.

From amongst the tree species it is elderberry (Sambucus nigra), from amongst the herbs, for example, blackberry (Rubus fruticosus agg.), together with Urtica dioica, Geranium robertianum, Impatiens parviflora, Alliaria petiolata and Galium aparine. In some areas there is an onset of glade species that, in young-age classes and in the cleared stands, often spread intensively. Also reported has been the onset of a number of invasive alien species. These include, for example, Asian Impatiens glandulifera and an American glade species Erechtites hieraciifolia.

Most susceptible to these changes are especially those areas with a non-native species composition and with a herb layer as a change, compared to the natural vegetation. Regarding the vegetation and the forest types, the nutrient habitats (of nutrient or of enriched series) are subject to the greatest changes, while the acidophilic communities (the acidic series) appear to be more stable. Minimal changes were monitored in those pine oak forests with a predominance of blueberries (Vaccinium myrtillus).

The deposition of sulphur, nitrogen and total acidity

Depositions were modelled in accordance with the UNECE methodology (UBA, 2004).

Critical loads of sulphur CLmax(S) in the monitored areas range across a wide scope of values, from 186 eq ha-1.year-1 (Všeteč) to 2524 ha-1.year-1 (Lazy). Atmospheric deposition of sulphur is exceeded at 4 sites (Mísečky, Všeteč, Lásenice and Luisino Valley). At the Mísečky and the Lásenice sites nitrogen is also a contributory factor in regard to the acidification of the forest ecosystem. 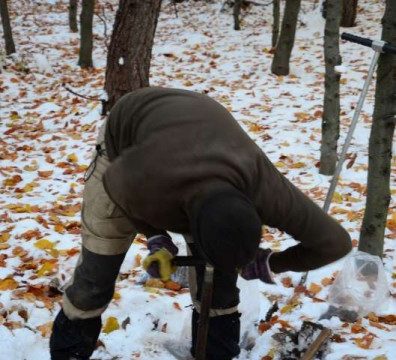 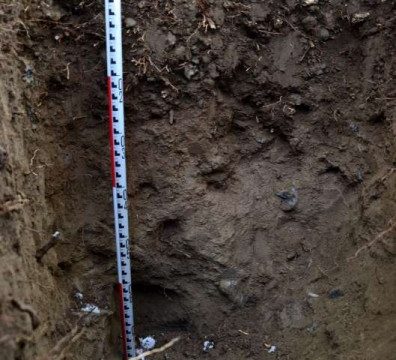 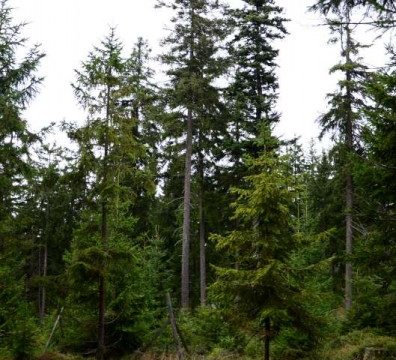 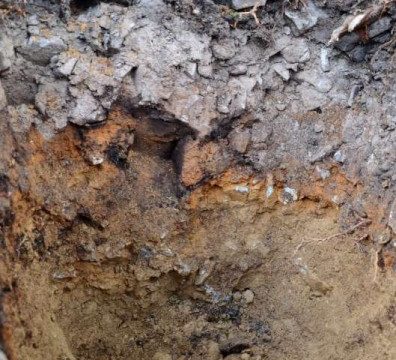 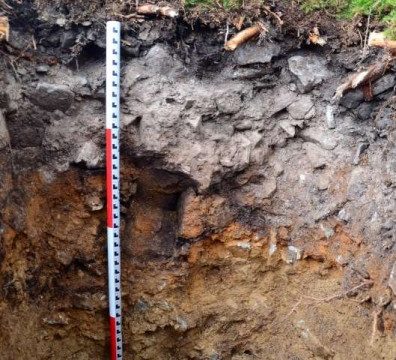 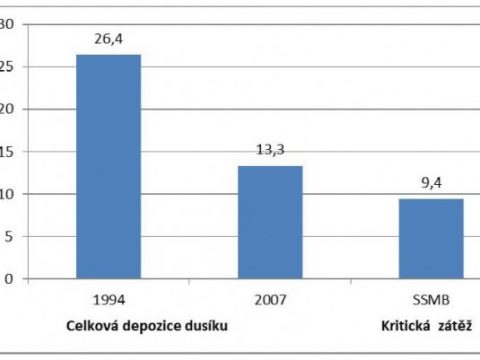 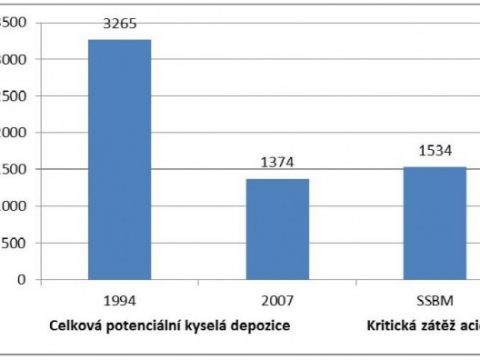 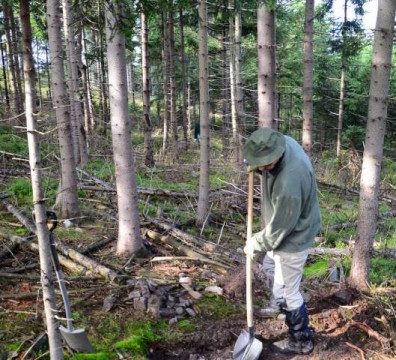