Phenology is defined as study of visible phases of the growth cycles of tree species, their timing, lasting and development in connection to local conditions of the environment (changes in occurrence, start and end of individual phases, possible air pollution effect on the stands, mainly with respect to period and lasting of the exposition). The results obtained are used to evaluate actual state of individual trees, and the effect of the environment, e.g. changes and misbalances of meteorological factors. Within the intensive monitoring plots phenological observations are divided in two main parts:

To get and complete the information on state and development of both individual trees and the whole stand during a year is the main objective of phenological observations. The data obtained are an important contribution in evaluation of the effect of climate changes on the forest ecosystems, mainly in connection to other data of intensive monitoring, as meteorological parameters, deposition, soil solution chemistry, health state and growth.

Phenological observation of one or more main tree species in the plot is done in two ways:

The evaluation is done in „critical periods“ of the year, i.e. in the period of flushing, flowering, and in autumn leaf colouring, at least once a week, in other parts of the year minimally once a month, or together with sample taking of precipitation and soil solution water. In the protocol, given pheno-phasis is recorded, in 33% scale, flushing, flowering, autumn leaf colouring and other phenomena occurred during the year (mechanical damage of the stem or crown, extraordinary leaf and needle fall, occurrence of leaf eaters and bark beetles etc.). When evaluating individual trees, also the position of which the observation is done is recorded (from the ground, crown level, over the crown), direction (points of the compass) of which the tree is evaluated, and part of the crown evaluated (lower, middle, upper). 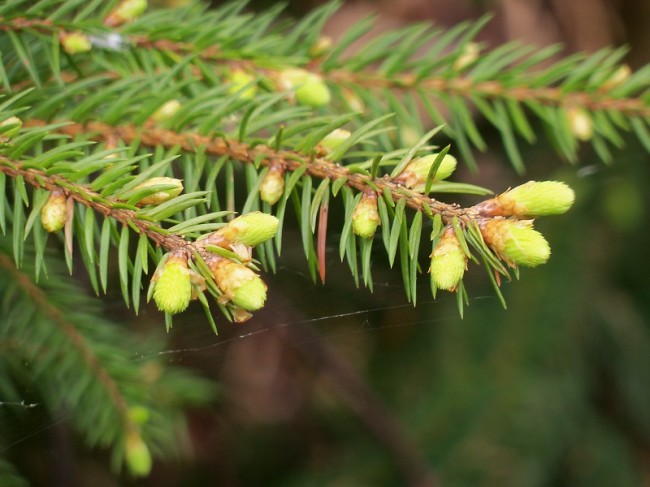 Evaluation of the phenophases is done within 10 plots (Benešovice, Buchovice, Klepačka, Lazy, Luisino údolí, Mísečky, Nová Brtnice, Lásenice, Všeteč, Želivka). At the end of 2009, in 4 of the D1 plots, the system of automatic monitoring of the tree crown has been installed. In the plots there is no electric supply, thus accumulators with solar panels are used. The system is based on digital photo camera, making possible panoramatic snaps (360°). The camera is installed in the folding mate; about 10 m high, the crowns are taken from downstairs, automatically, 4x per day, and the snaps are stored in the card. The whole system is under the development recently – testing phase, after which automatic photo-processing should be developed.